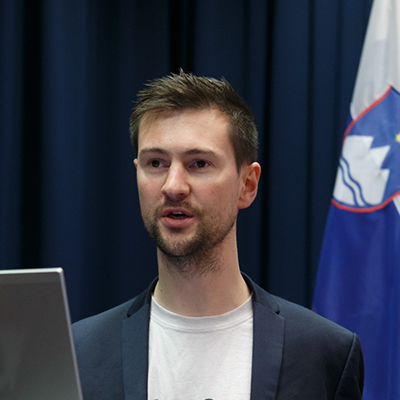 Jon has recently completed his award-winning PhD at Imperial College London, where he researched the evolution of crocodiles and extinction through geological time. Now, he is the Communications Director for ScienceOpen, the founder of the Open Science MOOC, an Editor for the PLOS Paleo Community, a freelance science consultant and communicator, part of the Mozilla Open Leadership Cohort, the founder of the publishing platform paleorXiv, and author of kids books, including Excavate Dinosaurs!

About PRESENTATION at plenary

What are the barriers to Open Science, and how do they impact upon different demographics? Open Science is supposed to be about inclusivity, equality, and rigour. But is the way it is implemented meeting these ideals, or simply creating a new set of barriers to scholarship? Younger researchers are basically trying to survive within a hyper-competitive academic system. They are beset on all sides by systemic control and inertia, power dynamics, and fear. What they want to do for science is not always what is best for their career. This creates a system of social barriers that cannot be overcome by mandates and policies that do little to address these structural biases.
Paywalls inflict a huge level of disparity on younger researchers. They may feel they cannot afford the exorbitant fees charged by some publishers for Open Access, even if their research funders provide support for it. The way OA is currently implemented has switched the barrier from the reader side to the author side, due in part to political broadsiding from commercial publishers. Unfunded or self-funded grad students, as well as those from emerging economies, are basically doomed when it comes to such high author-facing charges.
We essentially have an academic system where researchers are forced to enter into a publication-based economy dictated by commercial values, as opposed to anything scientific. The mantra ‘publish or perish’ is dead, replaced by ‘publish and perish’ due to under-funding and competitiveness in climbing the academic career ladder. When you’re at the bottom of that ladder, it makes perfect sense to prioritise the perception of impact over the openness – some universities and funders still prioritise publishing in ‘high impact’ journals, and that’s what junior researchers will follow. This is especially worrying as many ‘open’ journals are relatively new, and have not yet acquired the same ‘prestige factor’ as more established journals.
Open peer review is also a huge barrier to overcome. We know that there are biases within academia already, and there is a fear that more transparency will amplify those biases. Junior researchers are eternally concerned that they cannot perform peer review for more senior colleagues due to fear of reprisal. What sort of academic system do we have where fear is allowed to trump good, transparent peer review? If we want to create a culture of open science, we have to address the systemic biases that act against openness.
It is younger researchers who are going to inherit our academic system in the future. We should be in a position where we are able to influence it, not be stifled by the current actors in the system. Given the importance of Open Science, there is a bitter irony in an almost total lack of knowledge about it, or training for it coming from our research institutes. If we want to truly have a culture of Open Science, we all have to work harder for it together as a global community.

About presentation at  SESSION 6

Peer Review at the Crossroads